I try to listen intently when I hear experienced ham radio operators swapping ideas and telling stories of their nerdy exploits. My introduction to NVIS came by listening in on just such a conversation. Having a voracious appetite for new antenna ideas, I turned to the Internet to learn more about NVIS antennas. My initial search wasn’t particularly promising, but I soon came to understand why. NVIS, or Near Vertical Incidence Skywave, refers to a method of radio wave propagation rather than a particular type of antenna or other hardware. My notes collected in this article are an attempt to distill the key ideas I learned as my study of NVIS continued, and why I think every operator should understand these concepts.

Throw Out the Conventional Wisdom that ‘Height is Might’

Even before I got my amateur license I had heard the often repeated advice “Get your antenna up as high as you can get it!”  Well, this is great advice if the goal is to reach stations that are far away. More height generally translates to lower take-off angles. That is perhaps one of the more effective ways to maximize the distance over which we can communicate in the HF spectrum. And if maximum distance is your goal, then any energy radiated at a high angle is viewed as waste. But what if our goal is not maximum distance? If, for example, we find ourselves on the edge of a natural disaster, and we want to help facilitate communications in the affected region, then it probably makes more sense for us to try and communicate with other parts of our own state than with other countries around the globe. If this is our goal, then we will need the knowledge and ability to apply NVIS techniques which will maximize our ability to reliably communicate with other stations within a radius of 0-400 miles.

NVIS operation is accomplished using antennas with a very high radiation angle, approaching or reaching 90 degrees (straight up).  When I first began making contacts on 80 meters I was surprised to find that my successful QSOs were all at night and fairly close by compared to the QSOs I was making on higher frequency bands. I never seemed to be heard by anyone very far away on this band. Someone in my local club suggested that my successful contacts had been due to groundwave propagation. It wasn’t until I started learning about NVIS that I understood what was really going on.

With my multi-band dipole up only about 32 feet my 80 meter propagation was only 1/8th wavelength about ground. This was causing a very high angle of radiation. My previous 80 meter QSOs were not a result of groundwave signals at all. I had unknowingly combined antenna orientation, height above ground, and operating frequency in a way that resulted in highly functional NVIS communication! Realizing this, I started to wonder how much I could improve my NVIS experience by deliberately trying to harness NVIS for regional communications on 80 meters. This would mean minimizing low takeoff angle radiation and maximizing very high takeoff angle radiation.

The practical frequency bands for NVIS operation are said to be 80 meters for night time operation and 40 meters for daytime operation. This is the rule of thumb, but solar cycle and other edge cases are worthy of dedicated discussion outside the scope of this article. For the purposes of this introductory material, successful NVIS depends on being able to find a frequency which is being reflected from the ionosphere even though the angle of radiation is nearly vertical. The frequencies that most often work are between 2-10 MHz. The sweet spot is between the current critical frequency (the highest frequency which the F layer will reflect) and the frequency at which the D and/or E layers cause too much loss. 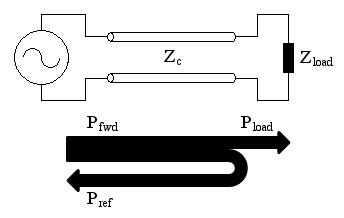 Recently, I have posted back to back about maximizing power at the antenna, and about characteristic impedance. These conversations have touched on reflected waves and associated loss. I thought it might be good to drill Read more… 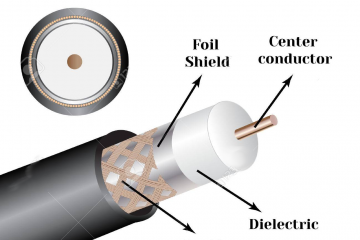 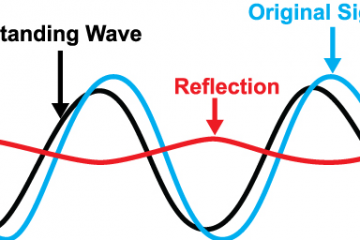